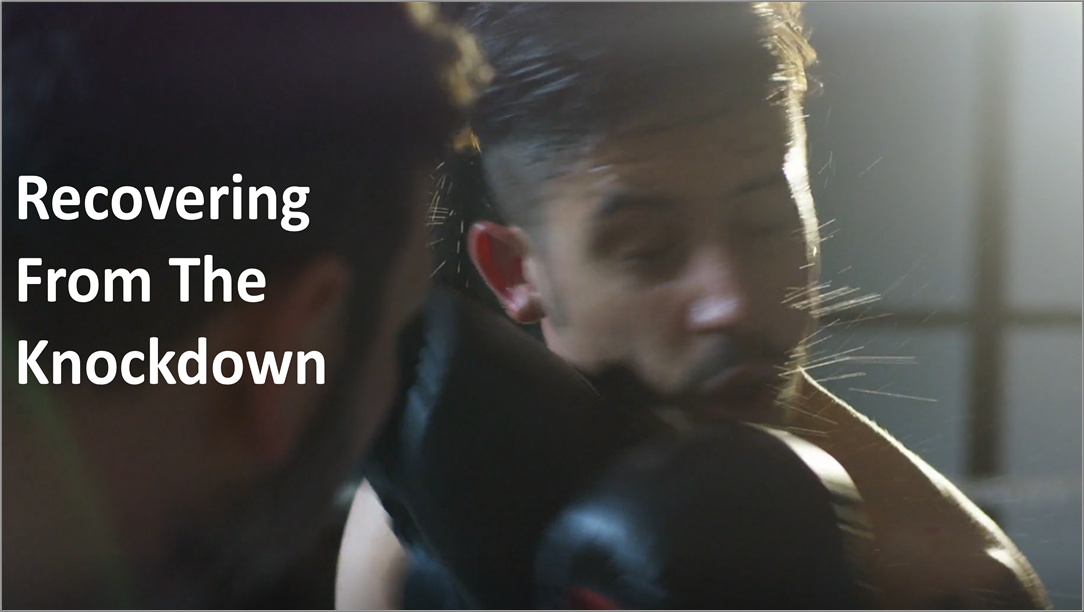 While consumer sentiment survey data released today confirmed the economy is fighting to come back from the epidemic-induced shutdown, stock prices are continuing to swing wildly. 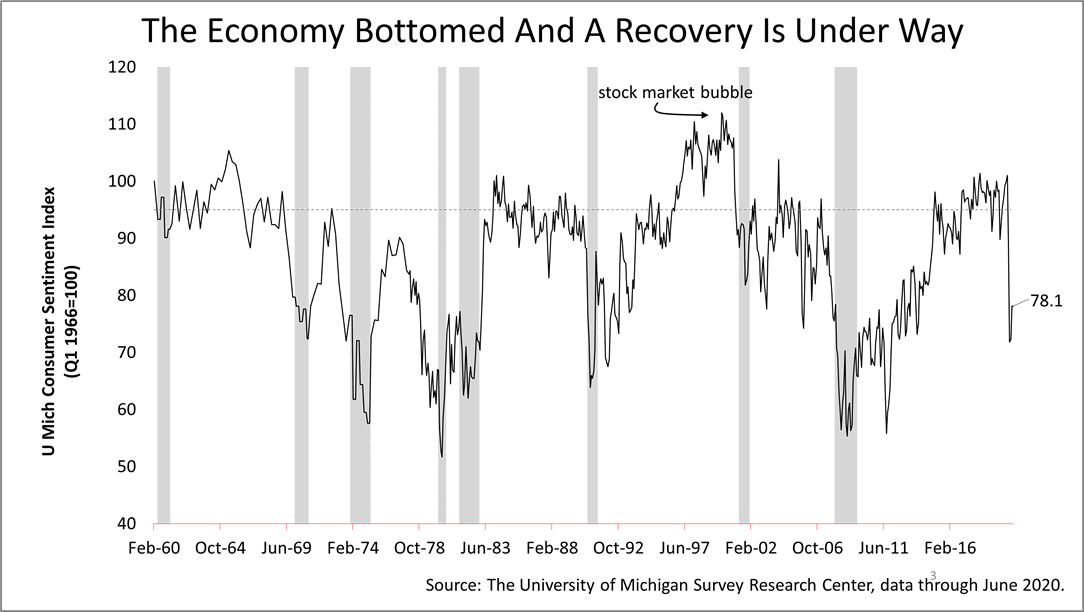 The University of Michigan's survey of consumer sentiment improved for the second month in a row. 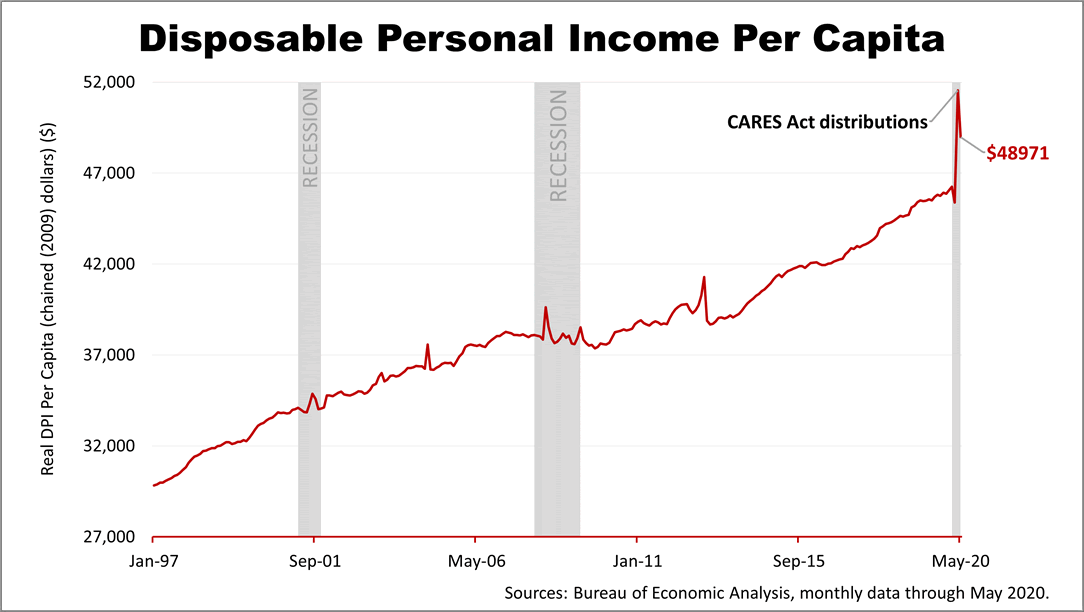 Disposable personal income (DPI) per capita backed off from last month's history-making surge, but remained much higher than the historical norm.

In May, DPI declined considerably as federal aid began to run out, but DPI was still way beyond normal and was having a material impact on the saving rate of U.S. households. 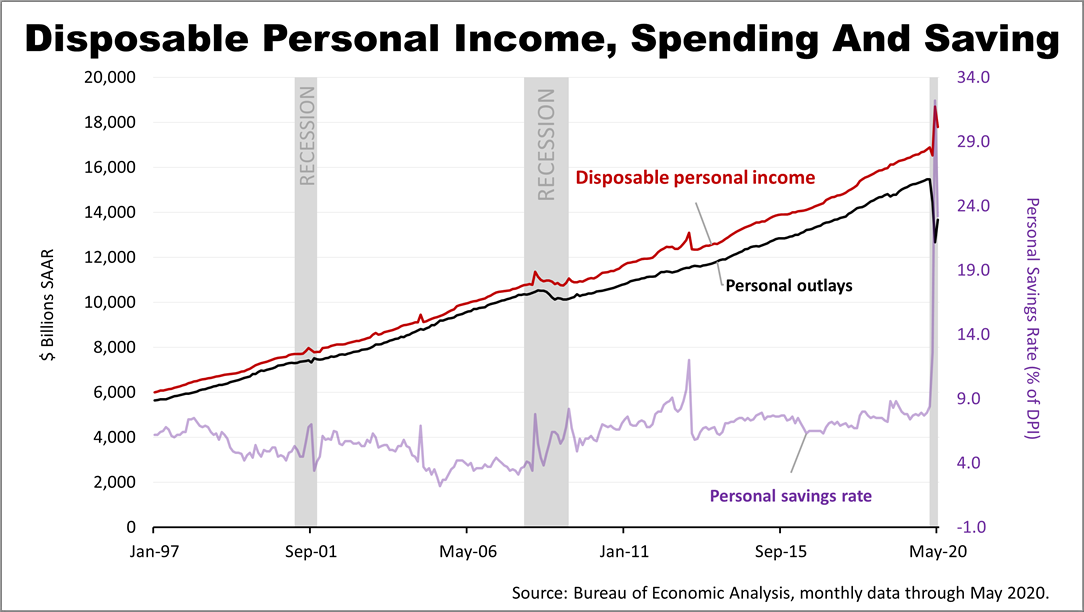 Yes, the savings rate declined from 32% in April to 23% in May, but it remained extremely high at the end of May.

Americans are sitting on a cash horde! They're not spending CARES Act payments because they're stuck at home. 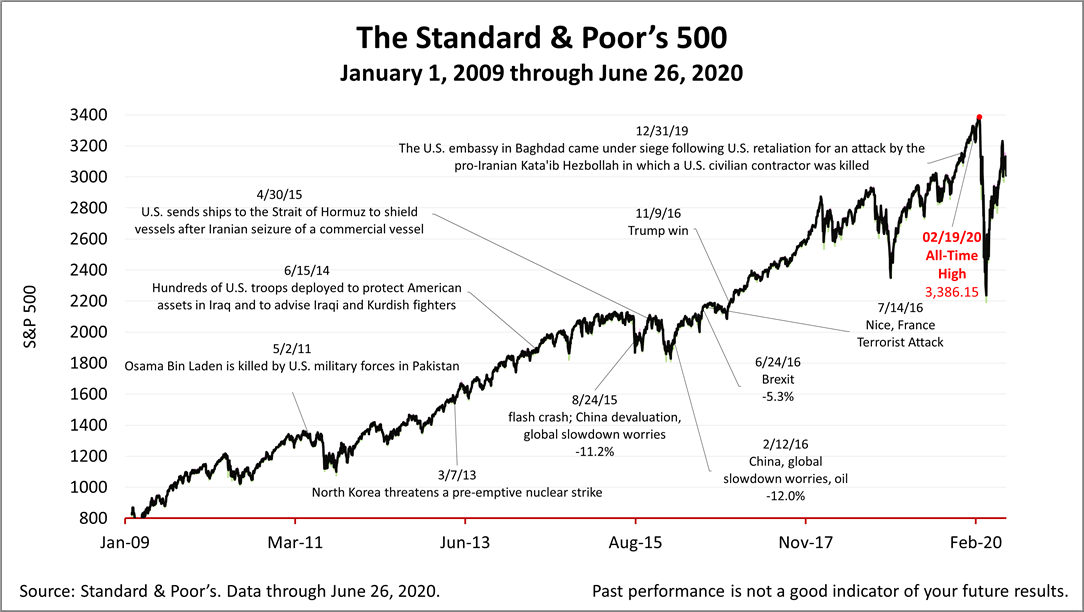 Stock prices have swung wildly since the crisis started in March and volatility is to be expected in the months ahead.

Assets invested for life need not be influenced by the near-term risk of the virus crisis, which continues to fluctuate and attract speculation.

The Standard & Poor's 500 (S&P 500) is an unmanaged group of securities considered to be representative of the stock market in general. It is a market-value weighted index with each stock's weight proportionate to its market value. Index returns do not include fees or expenses. Investing involves risk, including the loss of principal, and past performance is no guarantee of future results. The investment return and principal value of an investment will fluctuate so that an investor's shares, when redeemed, may be worth more or less than their original cost. Current performance may be lower or higher than the performance quoted.

Nothing contained herein is to be considered a solicitation, research material, an investment recommendation, or advice of any kind, and it is subject to change without notice. It does not take into account your investment objectives, financial situation, or particular needs. Product suitability must be independently determined for each individual investor.

This material represents an assessment of the market and economic environment at a specific point in time and is not intended to be a forecast of future events or a guarantee of future results. Forward-looking statements are subject to certain risks and uncertainties. Actual results, performance, or achievements may differ materially from those expressed or implied. Information is based on data gathered from what we believe are reliable sources. It is not guaranteed as to accuracy, does not purport to be complete, and is not intended to be used as a primary basis for investment decisions.