Comedian John Oliver's analysis of the impact of the mushrooming federal debt is no joke.

Mr. Oliver, a pioneer of the satirical TV news genre, was senior British correspondent at The Daily Show from 2006 to 2013. Since his HBO Sunday, 11 p.m., show 2014, Last Week Tonight With John Oliver, has won 13 Emmy Awards, which is an entertainment industry award.

More to the point, the Peabody Awards, which recognizes distinguished achievement and meritorious public service in mass media, has been awarded twice to Last Week Tonight in the past six years. That's serious.

Mr. Oliver has taken satirical news to a sublime level. He's making fake news really serious and substantive but funny to more than four million viewers weekly. It's almost unbelievable that the “fake news” has become a source of real news about economics. 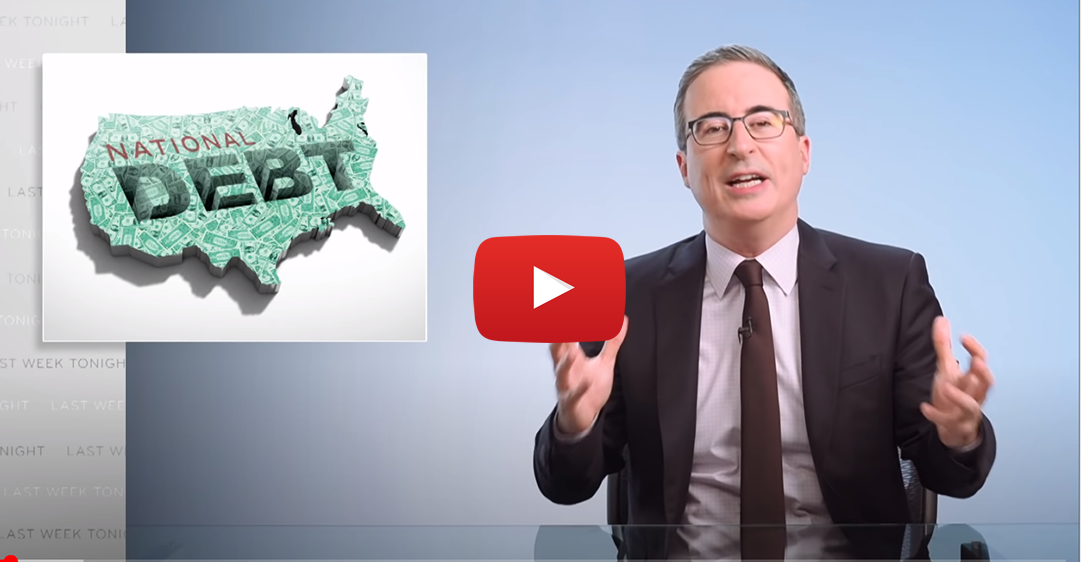 On Sunday, Mr. Oliver almost made the exploding government debt funny. The long-term debt of the United States, in the 12 months since Covid hit, soared from $21 trillion to $28 trillion. Larding debt on generations to come  is obviously nothing to laugh about, but it's also not so grim. Which was Mr. Oliver's main point.

As we reported two weeks ago, there is some really great news about the debt: the expected cost of servicing the interest on the debt is not growing as fast as the economy overall, Secretary of the Treasury, Janet Yellen, said in Congressional testimony on March 24.  When the cost of debt results in growth to the economy, debt is a good investment.

This is incredibly unfunny.  The U.S. debt is boring and complicated. Moreover, given the human proclivity for avoiding bad news -- and debt is most definitely bad news, Mr. Oliver, despite sometimes outlandish political views, is no joke. Last Week Tonight is not as funny as it used to be, but it is hilarious for a serious news show.

Nothing contained herein is to be considered a solicitation, research material, an investment recommendation, or advice of any kind, and it is subject to change without notice. Any investments or strategies referenced herein do not take into account the investment objectives, financial situation or particular needs of any specific person. Product suitability must be independently determined for each individual investor. Tax advice always depends on your particular personal situation and preferences. You should consult the appropriate financial professional regarding your specific circumstances.
The material represents an assessment of financial, economic and tax law at a specific point in time and is not intended to be a forecast of future events or a guarantee of future results. Forward-looking statements are subject to certain risks and uncertainties. Actual results, performance, or achievements may differ materially from those expressed or implied. Information is based on data gathered from what we believe are reliable sources. It is not guaranteed as to accuracy, does not purport to be complete, and is not intended to be used as a primary basis for investment decisions.
This article was written by a professional financial journalist for Advisor Products and is not intended as legal or investment advice.